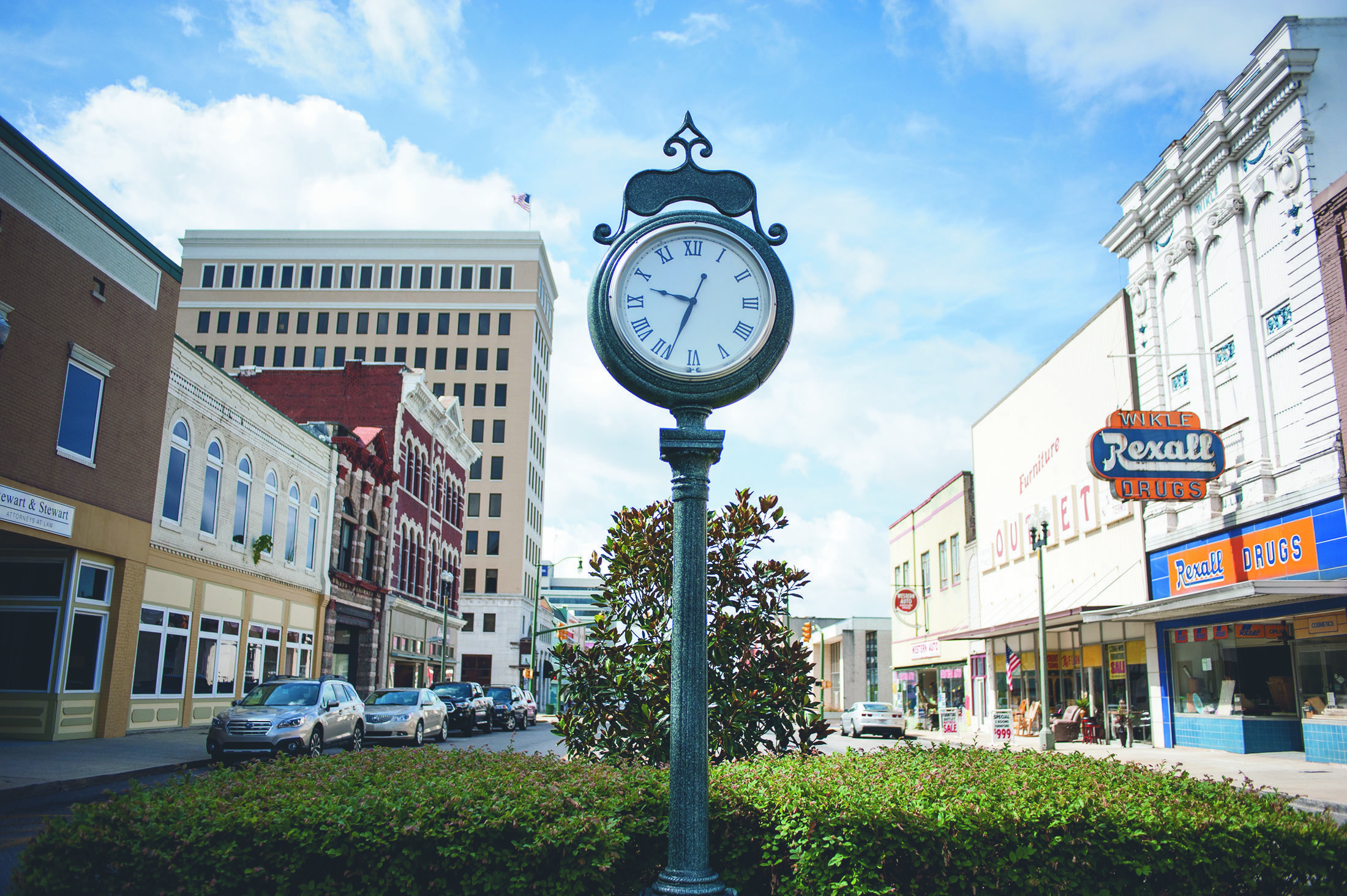 The City of Anniston strives to foster diverse community growth, economic opportunity, and public safety while preserving our citizenry’s confidence through transparency.

On a spring day in 1872 Samuel Noble, representing his family’s firm, walked into the Charleston, SC office of Alfred Tyler, vice-president and general manager of the South Carolina Railroad. The two men drew up an agreement forming the Woodstock Iron Company. In April 1873, Furnace #1 was built on the 2000 acres they had purchased in Alabama. As the business and surrounding village grew, the proprietors (headed mainly by Samuel Noble) sought to create a perfect town, “The Model City”.

Cottages were constructed for the workers with yards and gardens, streets were laid out and lined with trees, a company store was provided, a farm was operated to provide food and dairy products. Churches and schools were built, all as a part of this prosperous, planned, but closed community. In 1879, Furnace #2 began production.

Anniston remained predominantly an iron town until 1881 when a second major industry was added: cotton textiles. The wives and children of the ironworkers furnished the labor for the cotton mill. When application was made to incorporate this village called Woodstock, it was discovered there already was a Woodstock, Alabama. The founding fathers settled on the name Anniston, in honor of Tyler’s wife, Annie. On July 3, 1883 during an official ceremony, Anniston was opened to the public. The first Anniston Newspaper, The Hot Blast, revealed an exciting tale of rapid, almost overnight growth following the opening of the community. Anniston became the first city in Alabama to be lighted with electricity in 1882, and was enjoying the convenience of telephones as early as 1884. Each year the list of industries, businesses, churches, and schools grew as people came to Anniston to live, work and prosper. In 1887 Woodstock Iron was reorganized to include The Anniston Pipe Works.

The military also plays an important role in the growth of Anniston. In 1917, the federal government purchased 18,952 acres adjoining Anniston for the development of Camp McClellan. Renamed Fort McClellan in 1929, the US Army used the area heavily for training until, with the downsizing of the military, the impending closing happened in 1999. The Anniston Ordinance Depot, operating as part of the war effort in 1942, was Anniston’s largest employer in the 1980’s with up to 4,800 civilian employees. The military shares the same philosophy as the founding fathers of Anniston-to retain the beauty of the area, but still be progressive and forward thinking in their growth, development and missions.

Anniston was awarded the prestigious All American City Award in 1978. As we move into the 2020’s and beyond, more and more people are choosing to make Anniston their home thanks to it being one of the most affordable places to live in the entire United States.

This brief glimpse into the growth of Anniston should encourage the generations that follow to continue in the careful planning of future economic development and quality of life for its citizens and surrounding communities.

This site uses cookies. By continuing to browse the site, you are agreeing to our use of cookies.